I joined the W3C Mobile Web best Practices Working Group on day 1 when we met at Vodafone's office on the Strand in June 2005 so I felt it only right that I attend what is planned to be the final face to face meeting, also at Vodafone's offices (although they've moved to Paddington now). Of the original (large) group I think there were only 4 of us who had been there on day 1.

Hot on the heels of the very successful Social Media '09, I'll be at this informal networking event, again flying the flag for i-sieve.

Back to the familiar surroundings of Luxembourg for the final project review for Quatro Plus [broken link removed]. The first Quatro project started so long ago it doesn't quite feel real that the end has finally come. The projects produced some really excellent outputs, not least POWDER, but where the work will go in future remains uncertain for now.

Going to this event and doing a demo on behalf of i-sieve along with our MD Kostas Chandrinos.

Marketeers have been quick to use social media as a sales channel and it's easy to see why: it's a free distribution channel to people who you know are interested in your products or services! I follow several publishers on twitter for instance. I know I'm being marketed to and that's fine - I like what they're selling.

The challenge here is to get to know people I've not met before and to explain why i-sieve technologies' Sentiment Analysis is better than simple key word searches/buzz metrics that a lot of other companies offer. 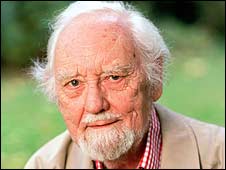 For obvious reasons I am very sorry to hear of the death of Norman Painting today. As I share the name of the character he played continuously since well before I was born, I have lived with his voice all my life. I went to school in Handbridge (Chester), which does sound awfully like Ambridge, and have long been a regular listener.

I never met Norman Painting which I always wanted to do. I've met other members of the cast but never my namesake.

A sad day for those of us who know Phil Archer so well and my thoughts are with those who knew Norman Painting/Bruno Milna.

I'm delighted to have been invited to speak to this group of Web standards users. It came about after one of their organisers, Jeff Van Campen, took the W3C Mobile Web course that I lead. I'm going to develop the theme I began at Over the Air recently - that mobile Web BP is about designing for mobile users first and mobile technology second. Therefore although some aspects of the W3C Mobile Web Best Practices document may show their age in years to come, several aspects will remain highly pertinent whatever devices we're carrying around with us.

Darwin, science and faith - why are we at war over creation?

A local event [broken link removed] that looks worth a visit. It's a religious group discussion on Darwin so presumably there will be some creationists but it looks as if, and I hope this is true, the conversation will be more informed than that. Most religious people have no problem with evolution, it's only a minority that do, and the way the question is posed here looks interesting. And no, I'm not going to goad the creationists or otherwise be a nuisance - I am genuinely interested how one can be a creationist (or climate change denier, or HIV causes AIDS denier or smoking causes lung cancer denier or Holocaust denier) in the face of overwhelming evidence that you're simply wrong.

That was very interesting. Malcolm Brown more or less gave a verbal version of an article he wrote on behalf of the CofE earlier this year called Good religion needs good science which makes the mainstream case for there being no conflict between religion and science. He argued that creationism (which no one spoke in favour of in a room full of I guess 80 - 100 people) is necessarily a modern phenomenon. It takes the misconceived idea that science has a single definitive answer to everything and applies it, equally falsely, to the Bible. End result is the specious argument between fundamentalists of both sides. He referred to (although didn't show) this video which is posited as a metaphor for people coming at an argument from different directions. There were many jokes at the expense of silly and often extremely rude American creationists.

Although there were no creationists present, at least, none that spoke up, poor old Richard Dawkins was the bogey man de jour. Well, it was the Suffolk Theology Forum so I guess that's no great surprise! Malcolm Brown spoke fluently for an hour, no slides, barely referring to notes, and then answered a series of questions without missing a beat. I wish I were as good a speaker.

Next stop on my never ending exploration of the question of why creationism exists at all: Inherit The Wind at the Old Vic on 17/10! [broken link removed]

Eurostar to Brussels for this concertation meeeting on behalf of W3C MobiWeb 2.0 project.

I'll be at the Localisation and Context Awareness Workshop on the Monday and in the main plenary meeting on the Tuesday [broken links to event website removed].

Any trip to Brussels for W3C means checking into our piéd-a-tèrre - must be the free wi-fi!

TimBL on Richard Dawkins' list of giants with big shoulders

Here's a short personal note that sort of follows on from the one I wrote in March following the www@20 event in CERN earlier this year. Richard Dawkins, perhaps unconsciously, makes a reference to Tim Berners-Lee that I found interesting and noteworthy. Here's my note about Dawkins' mention of TimBL.

This is a 2 day event in London for mobile web developers with a lot of high profile people from the mobile industry. I have a slot on the W3C Mobile Web Best Practices training course on the Friday evening [slides].

Back to Luxembourg for the second meeting of the Positive Content focus group. I'm delighted to see this happening - it's an effort to try to define what positive content is, how to identify it and how to present it to users.

I'm representing i-sieve Technologies on a panel called "Digital Brand Management" on the first day of this conference. Kostas Chandrinos and I will be there to talk about how i-sieve's Sentiment Analysis can help brand owners track what people are saying about them and what other relevant comments people may be making.

Online Communities:
What can scholarly publishing learn from other industries?

I'm gving a short talk on publishing for mobile at this seminar organised by the Association of Learned Professional Society Publishers. I was put in touch with the organisers through a partner in the Quatro project - i.e. my i-sieve job - but it's more relevant to my W3C work so that's the hat I'm wearing for this event. It's an unusual event in that the delegates will decide at the end of the day which speaker's ideas are most deserving of their (sadly fake) investment capital. I just hope those playing the role of Peter Jones, Deborah Meaden and co. don't give me too hard a time!

Back to Brussels for an information day. There's a new call for proposals for objective 3.5 of the ICT-PSP work plan. This one's specifically about e-Participation - empower and involve citizens in transparent decisionmaking in the EU - so we're looking at how we can use and promote W3C standards in this area, especially on mobile and other non-desktop devices. It's a bit of a new area for me so I'm going to be meeting new folk...

Second trip to the Hellenic world in the space of as many weeks! The QUATRO Plus project team will be meeting in Athens - actually, we're meeting a little outside the city at the Eden Beach Hotel [out of date link removed]. EU Project Meetings are such a drag aren't they?

I'm not so involved with online safety issues these days but I get asked about it a lot and am keen to keep up to date with the issues. The research that Sonia Livingstone has either done or directed is always very enlightening and often surprising. If you hear me going on about online safety, I should always give a credit to her and others such as Elisabeth Staksrud - I only know anything because they find out. Sonia and Elisabeth have just published a joint paper Children and Online Risk: Powerless victims or resourceful participants? [broken link removed] that I heartily recommend to anyone who cares about what young people do online.

SPOT2009 - Trust and Privacy on the Social and Semantic Web

I'm delighted that our paper has been accepted for this workshop ahead which preceeds the European Semantic Web conference in Heraklion. I'm also pleased that I'll be in Heraklion on 1st June to present the paper on behalf of my co-authors: Elan Ferrari and Andrea Perego (DICOM, Universit'a degli Studi dell'Insubria, Varese, Italy); and Vangelis Karkaletsis, Stasinos Konstantopoulos and Antonis Koukourikos (IIT, NCSR 'Demokritos', Athens, Greece).

Not only that, ours is the first paper after the morning keynotes. Let's hope everything works!

I participated in this group on behalf of my previous employer and I'm delighted that they liked me so much they've invited me to come along to this their final conference. Full details on the YPRT Web site.

Many familiar faces were in Luxembourg today for a series of parallel meetings looking at various aspects of the Safer Internet Plus Programme - an activity with which I have been involved through various projects since 2000. I was in a group looking at 'positive content.' What is it? How can it be promoted? How can ideas about positive content best be shared. This relates very much to the Quatro project that I participate in on behalf of i-sieve. It was an interesting day! Expect to see positive content included in a cal for proposals in 2010.

Through my W3C job I was very privileged to be invited to take part in a very special day at CERN to mark the 20th anniversary of a memo called 'Information Management: A Proposal.' I felt lousy that day having eaten something that didn't agree with me the night before at Brussels airport but even so, it was a day to remember for all the right reasons. See my reflections on the World Wide Web @ 20.

My W3C job is closely tied to a project running under the FP7 Framework, "MobiWeb2.0." I wasn't responsible for any of the presentations at this review but I have now taken over as lead for Work Package 2 which is the one that covers training. Half way through, everything seems to be running very smoothly. Let's hope I don't muck that up!